Tom, an American 30 something that has recently moved to Tokyo for what he thinks is just a temporary gig, struggles with feelings of isolation in a land where he doesn’t speak the language and all of his relationships play out online. He’s self-absorbed and pretends to be a cooler version of himself on the ‘net. Then he meets Saki, a free-spirited Japanese woman who teaches him about Tokyo and relating to others in a more personal way. She tries to help him live in the present and communicate with words, not text on a screen. Can he learn to relate to her, or is a make believe life on the web too tempting?

“Lost in Buenos Aires” , a full feature documentary fiction film, that was shot in both Buenos Aires and Hollywood. Mike Dalton is the owner of a restaurant and travel guide who lives in Los Angeles. He wants to become rich and famous but realizes his dream will never come true. He is never happy with what he has and always wants more. Frustrated with the “Hollywood” lifestyle he decides to move off to Buenos Aires, Argentina to start over and try to make it “big” there. His search for happiness and self-discovery begins. Things aren’t as easy as it seems moving to a foreign country and he encounters a few obstacles along the way. 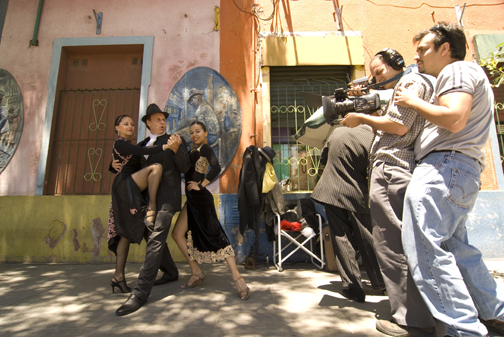